Spektartermo was the main contractor in developing two GAS PETROL STATIONS for MAKPETROL AD – Skopje, one in municipality of Petrovec, industrial zone Kjolija and the other in Gevgelija, as a reconstruction of the old Gas Station 046, near the “Bogoridtsa” border crossing.

The two Gas Stations were built on schedule and in accordance with the highest standards.

GAS STATION MAKPETROL GEVGELIJA, was built on the location of a previously deconstructed old gas station, in the near vicinity of the “Bogoroditsa” border crossing, by finishing all earth-construction and electrical, electro-mounting and assembly works, withing a breaking fast record of six months. The gas station was made in accordance with the highest technical standards and aspects for environment protection.

The gas station was built to sustain high-end needs for fast and efficient handling of fuel supply, especially during the tourist season. A market store of 800 square meters, with newly built facilities for kitchen, restaurant and children’s playground was built.

On the gas station 4 pump stations were built, for all types of fuel, methane-CNG and gas-LPG.

Because of energy efficiency and reduced emission, the cooling-heating system was handled with the installment of panel collectors and a base for charging electric cars was installed. 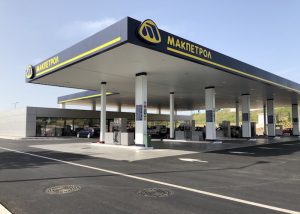 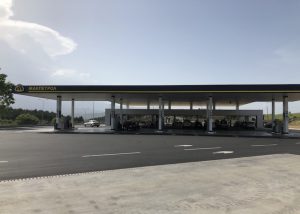 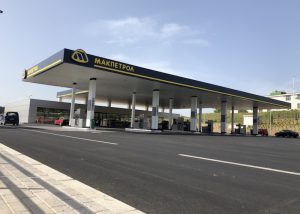 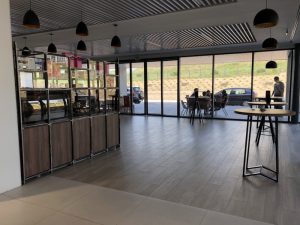 GAS STATION MAKPETROL COJLIJA, within the industrial zone “Cojlija”, municipality of Petrovec – Skopje, in the near vicinity of the International Aerodrom Skopje.

Spektartermo was responsible for all earthworks and electrical engineering and assembly on the facility.

This gas station was built for the first time in Macedonia with specific intention to serve as a Centre for storing and distributing methane gas – CNG.

By linking the Airport Skopje, in cooperation with GAMA Construction, a T – connection was assembled , through which a flow of constant and stabile pressure was enabled.

GS MAKPETROL COJLIJA was built in accordance with the highest technical and environmental standards. 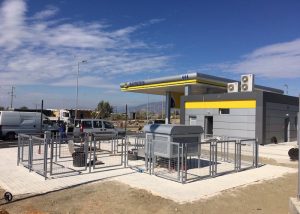 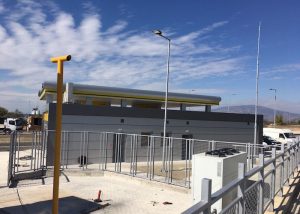 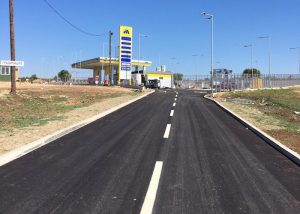 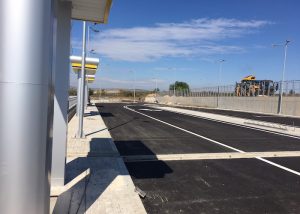